Virginia’s background check system could potentially serve as a national model due to it’s mental health adjudications. Stats this week showed that it is indeed a system to be advocated, having prevented more than 16,000 felons from buying guns since it began in 1989. 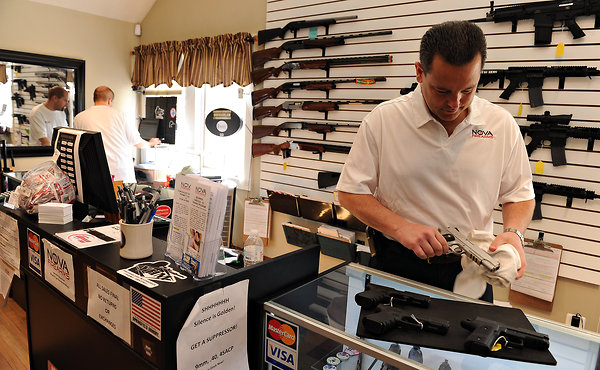 State police records show a total 54,260 transactions have been denied during the past 24 years. The total also includes drug abusers, the mentally ill and domestic assault offenders. Virginia Commonwealth University criminal justice assistant professor Thomas R. Baker says the state’s background checks help to keep guns out of the hands of those who shouldn’t have them. “I think that we can take a lot of lessons from what Virginia did and put it in place at the federal level, because there are a lot of states that aren’t doing what Virginia is doing to try and beef up the database for the background checks to make sure that we actually can do something that does have a chance at reducing the likelihood and hopefully eliminating it from happening again,” said Cantor, about the background check system last week. “There are many aspects of the Virginia background check system that are superb,” Senator Tim Kaine added. “We are the best state in the country in introducing mental health adjudications into the national database. Nineteen states don’t put any mental health adjudications into the national database, and some states just do a few here and there, but Virginia’s the best state in the country in doing that, so there are aspects of the way we do the background check system in Virginia that really are a national model.”    ]]>

One and done! For many companies the initial on-boarding background check conducted during the hiring process is the only screening their employees receive. A comprehensive background check is a wise investment before hiring new employees, but should you re-screen your employees later in their career, too? Discover the truth behind re-screening services. Myth: The initial…
Read More →

Protect Your Business and Employees with COVID-19 Screening

With COVID-19 dominating the headlines, safely managing a business is a priority for essential businesses and businesses looking to operate in the future. In response to the need for effective and efficient COVID-19 screening, MYB, Inc. now offers symptom screening services to protect businesses and employees. With over 24 years of experience, MYB, Inc. is…
Read More →

Business Myth Busters: No Such Thing as an Instant Background Check